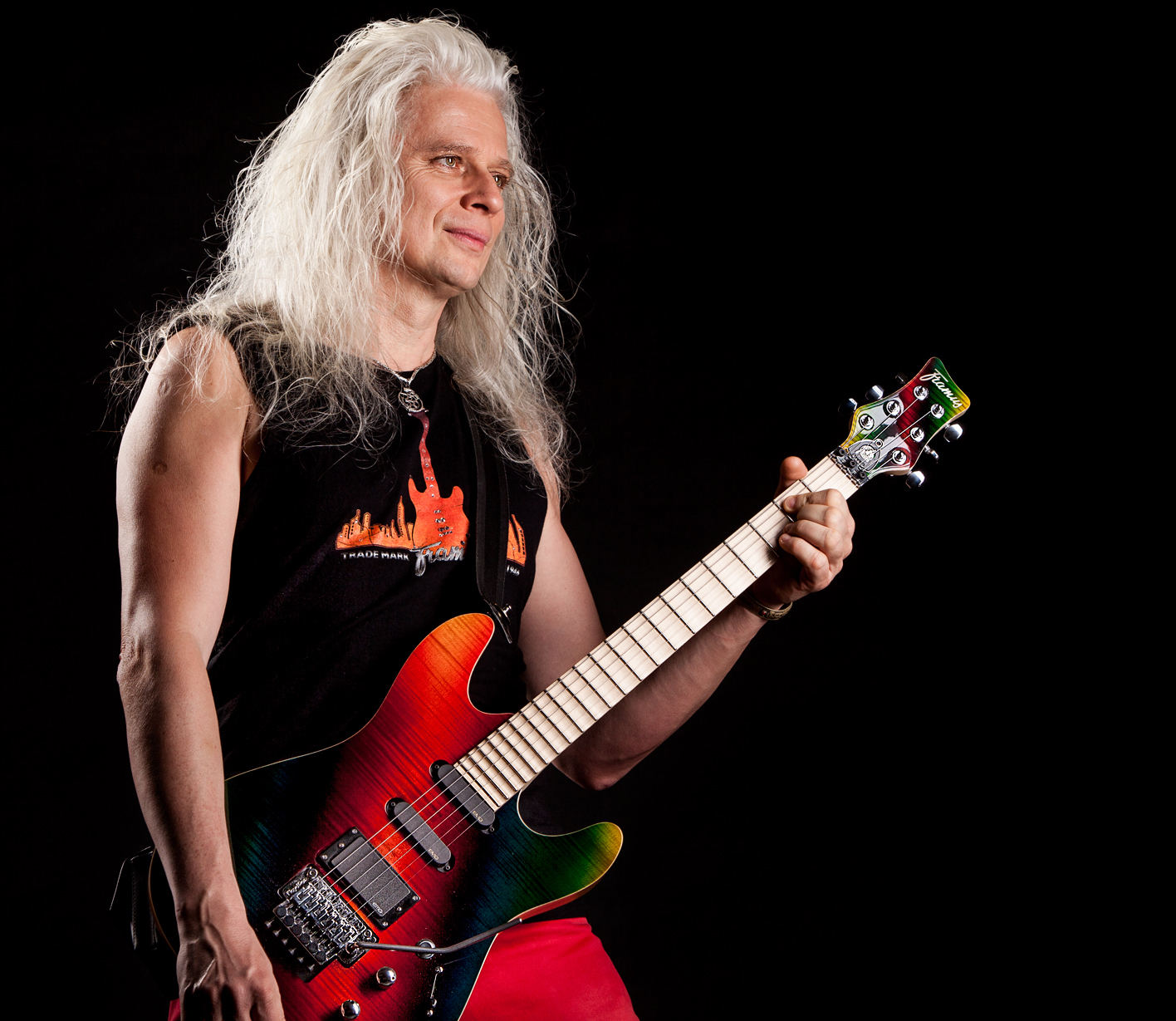 István “ Steve” Alapi, one of the best known Hungarian guitar players and composers, began his professional music career in 1987, when he joined the Hungarian classic rock band, “EDDA WORKS” (in Hungarian: EDDA MŰVEK ) as lead guitarist. István has played on 30 albums with this band as guitarist and he’s also the songwriter on many of Edda Works’ hits. Since the early 90s, István has also worked as a session musician and has played on about 200 stylistically different albums, from heavy rock to jazz, in Hungary and other European countries.

István has recorded 5 albums as a solo artist, creating exciting instrumental fusion music that brims with energy and vitality, and played with incomparable virtuosity and emotion.

In 2012, his solo album “niXfactor” won the Fonogram Music Award as the best jazz album of the year in Hungary.

When he’s not too busy with Edda Works and his own projects, he is teaching young musicians and doing workshops in schools and musical camps.