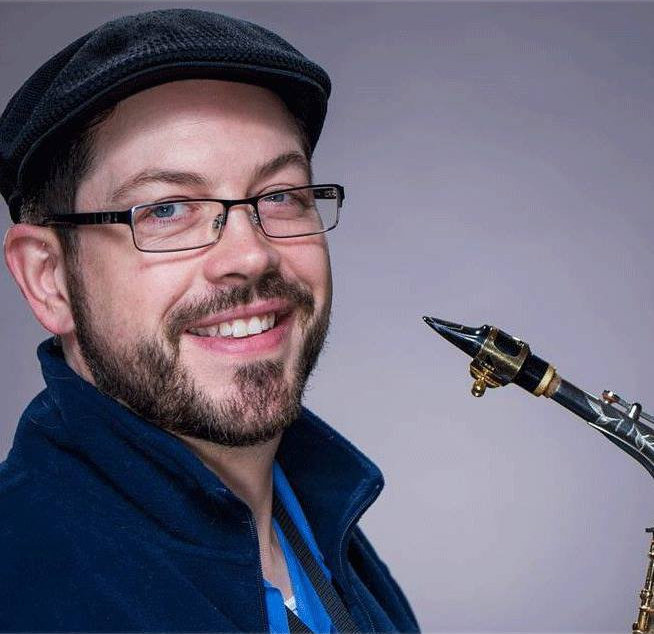 Jared Sims performs on all of the saxophones as well as clarinet and flute. He has toured throughout the United States and in Europe, South America, and India.

Sims has appeared on more than 35 different recordings crossing multiple genres. His jazz recordings include Layers (released in 2016), The New Stablemates (2012 on Arabesque Records), Convergence (released in 2011), and Acoustic Shadow (released in 2009). He other recorded work includes music for theme parks, television commercials, and video games.

Sims has been an adjudicator and directed All State bands in several states. Sims earned a doctorate in classical woodwind performance from Boston University. His primary research topic was the Italian composer Berio and his Sequenza pieces. Other research was done in the areas of Igor Stravinsky, Charles Ives, and American popular music. Sims studied jazz and improvisation at the New England Conservatory of Music where he had the opportunity to study with the legendary George Russell and Gunther Schuller, the MacArthur “genius grant” recipient Ran Blake, and jazz powerhouses George Garzone and Jerry Bergonzi. Sims earned his undergraduate degree from West Virginia University.