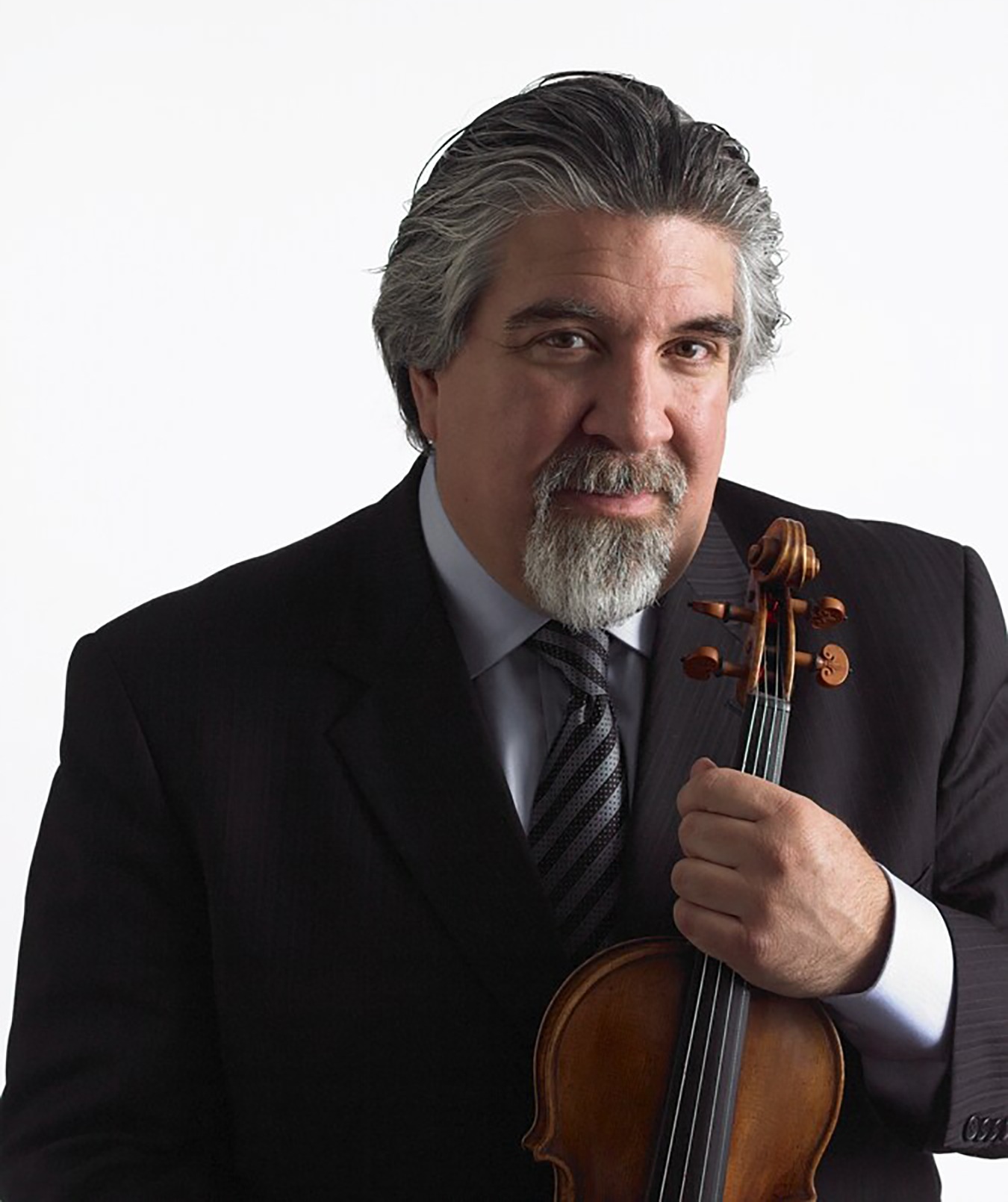 Recognized worldwide as a musical phenomenon, Grammy-nominated Andrés Cįrdenes parlays his myriad talents into one of classical music’s most versatile careers. An intensely passionate and personally charismatic artist, Cuban-born Cįrdenes has garnered international acclaim from critics and audiences alike for his compelling performances as a violinist, conductor, violist, chamber musician, concertmaster, and recording artist.

This year and next Mr. Cįrdenes continues his project to record many standard and contemporary concerti. Released in 2009 are recordings of concerti by Brahms, Mendelssohn, Beethoven, Barber and David Stock on the Artek and Albany labels. A recording of the complete works for violin by Leonardo Balada was released on Naxos in January 2011. The complete Sonatas by both Hindemith and Brahms, along with the Beethoven, Tchaikovsky and Sibelius Violin Concertos and the complete Schubert Sonatinas and Fantasie are to be released on Artek in the summer and fall of 2016. Plans to record the complete Beethoven violin and piano sonatas with Ian Hobson are slated for 2015/16. Cįrdenes’s discography includes over two dozen recordings of concerti, sonatas, short works, orchestral and chamber music on the Ocean, Naxos, Albany, Sony, Arabesque, RCA, ProArte, Telarc, Artek, Melodya and Enharmonic labels.

As an ambassador for music of our time, Mr. Cįrdenes has commissioned and premiered over 70 works by American, Turkish and Latin American composers such as David Stock, Mike Garson, Erberk Eriylmaz, Leonardo Balada, Ricardo Lorenz, Eduardo Alonso-Crespo, Roberto Sierra, and Marilyn Taft Thomas. His concerto repertoire includes over 100 works, ranging from the Baroque era to the present.

A Cultural Ambassador for UNICEF from 1980-1991 and an indefatigable spokesperson for the arts, Mr. Cįrdenes has received numerous awards for his teaching, performances, recordings and humanitarian efforts, most notably from the Mexican Red Cross and the cities of Los Angeles and Shanghai. He was named Pittsburgh Magazine’s 1997 Classical Artist of the Year and received the 2001 “Shalom” Award from Kollell’s International Jewish Center and the 2013 Chesed-Kindness Award from the Chabad Foundation for promoting world harmony and peace through music.

Mr. Cįrdenes was appointed Concertmaster of the Pittsburgh Symphony Orchestra by Maestro Lorin Maazel in 1989 and departed after the 2010 season to concentrate on his conducting, solo and chamber music careers.