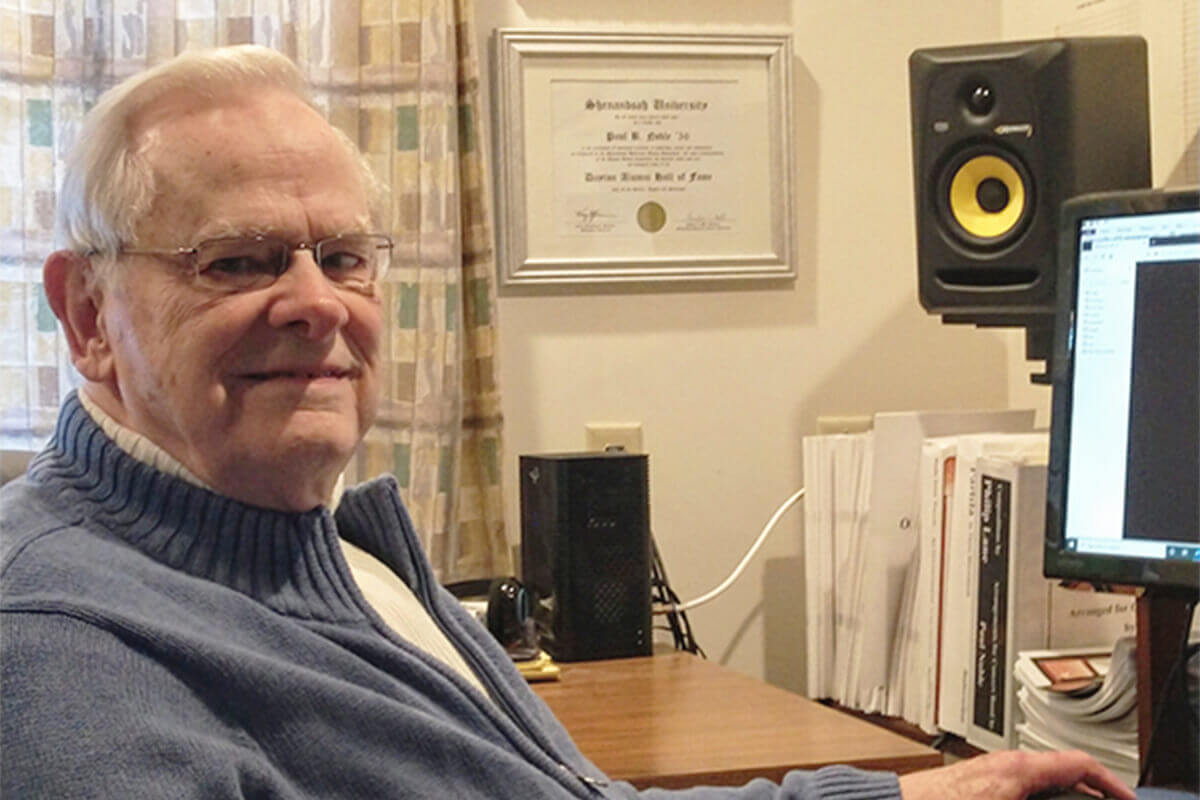 Paul Noble recently launched a newly redesigned website to share his esteemed music arrangements for band with a catalog featuring more than 350 titles. It was professionally designed with an array of helpful components, including features to display bands from around the world, FAQs, reviews from customers in multiple languages, music that can be accessed in different ways, concert ideas, program notes, and more. His arrangements are available to download directly from his website to the purchasers’ computers. Visit www.bandmusicpdf.net to learn more and explore.

“For those who may be new to my arrangements, I would like to share my story. Since my retirement from band directing, I have had time to take advantage of a musical talent which has been my passion since high school days: Arranging Music. Studying and teaching arranging at the college/university level further developed my attraction to the art. More specifically, I have focused on what is known as British Light Music, compositions originally written for orchestras from the late 19th century, through the 20th century and to today. For me, it relates well to the historical development of instrumental music, it incorporates some of the best-known composers to which students of music should experience, and its primary defining tenets focus on melody, orchestration, duration, and audience appeal.”

With degrees from Shenandoah Conservatory of Music, Indiana University, The Catholic University of America, and with additional graduate studies at the Universities of Michigan and Virginia, Dr. Noble has taught music and conducted at every level from elementary through university and professional performing ensembles. After developing the award-winning Cave Spring High School band and chorus, Roanoke, Virginia, in 1965 he joined the faculty of his alma mater, Shenandoah Conservatory of Music (now Shenandoah University) in Winchester, Virginia, where he became Director of Bands and Chair of the Instrumental Music Department. He created the All-Student Groups, U.S.A., including bands, orchestras, choruses and jazz groups, made up of high school and college students from across the U.S. for summer concert tours abroad. After several European tours, the Nobles formed Educational Tour Consultants, Inc. to plan and conduct group tours and festival opportunities around the world. They produced music festivals for the Six Flags Amusement Parks, and with that developed adjudication forms and standards that have had a lasting impact on music education and festival standards.

Dr. Noble was awarded honorary life membership in both Phi Mu Alpha and Kappa Kappa Psi fraternities, and is the recipient of both the Shenandoah University Service to the University Award and the Distinguished Alumni Award for Lifetime Achievement.

“It has been my joy to become acquainted with the next generation of music directors and to interact with them in a personal way to supply their musical needs. The requests have included everything from producing arrangements for special performances, European parts requirements, to quick new parts for a rehearsal in progress, all just an email away. This is part of my legacy and passion fulfilled, for which I am happy to say – thank you.”