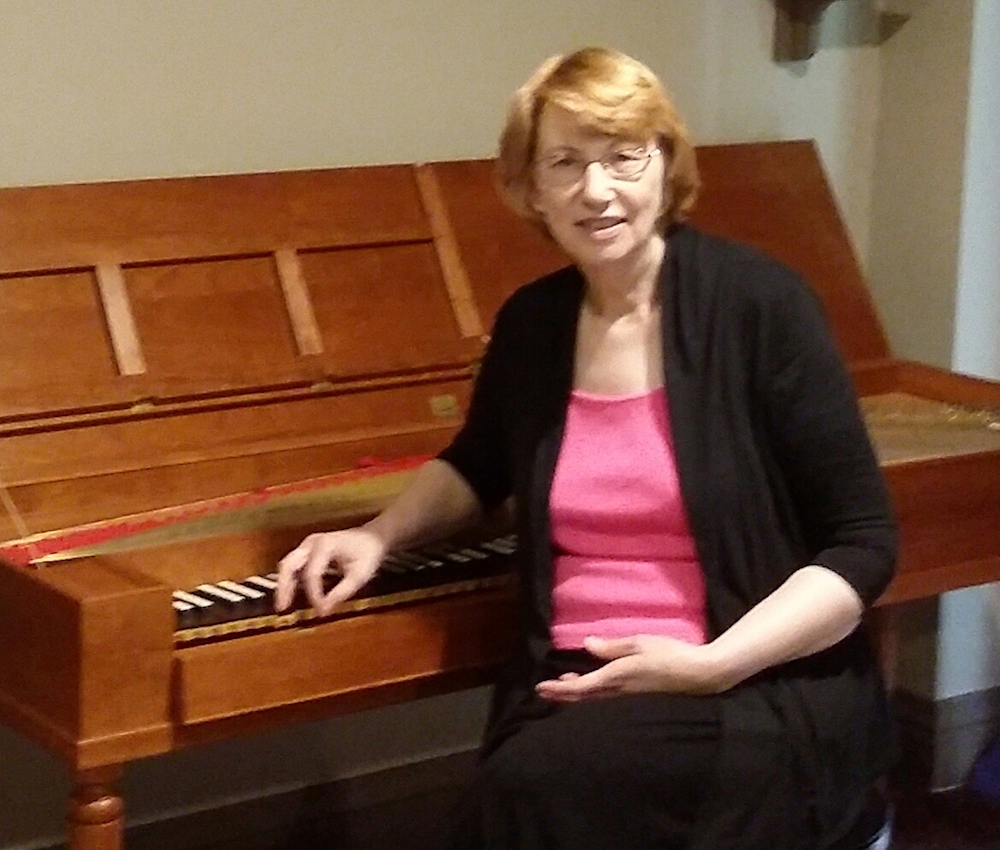 I fell in love with 18th-century keyboard music as a child sight-reading the Mozart sonatas, and later on, Beethoven became my passion. In 1982 I bought my first early keyboard — a Willard Martin single manual French harpsichord. I longed for a fortepiano, and in 1986, bought a Stein copy built by Edward Kottick. On that instrument, under Ed’s supervision, I learned all the basics of owning an early keyboard instrument — how to change strings, how to tune, how to regulate the action, and how to fix problems as they appeard.

Later on, I bought Thomas and Barbara Wolf’s first replica of the Dulcken fortepiano (about 1789) in the Smithsonian. This instrument, which I still own, is wonderful for music by the Viennese Classical composers, which you can hear in my recording of Haydn and Mozart. In 2006, Zuckermann Harpsichords built for me a beautiful two-manual French harpsichord (see part of Tatyana Nivina’s soundboard paintings for this instrument on the front page). Recently, Paul Irvin restrung the instrument in Birkett’s P-wire and made other voicing adjustments that brought out an incredibly rich tone, heard in my recording of François Couperin’s Suites No. 6 and No. 8. In 2007, I also purchased a Neapolitan harpsichord copy from Zuckermann Harpsichords, upon which I recorded K. 1-15 from Domenico Scarlatti’s Essercizi of 1738.

Recently, I was fortunate to be able to obtain a copy of Cristorofi-Ferrini’s pianos, built by David Sutherland in 2008. Florentine harpsichord builder Cristofori was the inventor of the piano, around 1700, and his successor Ferrini continued along the same lines. Cristofori called the new instrument “Gravicembalo col piano e forte” (“harpsichord with soft and loud”), as, unlike the harpsichord, it was touch-sensitive (capable of dynamic changes through key touch). During the18th century, due to the emerging Classical style, the piano began to replace the harpsichord as most favored keyboard. The early Florentine piano had hollow, cylindrical hammers of parchment covered in leather; this produced a mellow sound almost clavichord-like, quite different from the later, brighter-toned “Viennese” piano action, such as my Dulcken. The Florentine piano action — later adopted by Silbermann in Germany and other European builders — was known to J.S. Bach and his sons, as well as Domenico Scarlatti in Portugal and Spain.

In the 1990’s, I became drawn to the clavichord, and commissioned a large unfretted clavichord from Paul Irvin. The clavichord was used throughout the Middle Ages and into the 18th century. Most 18th-century composers, including Haydn and Mozart, owned clavichords, on which they composed and practiced. Its portability — most were small oblong boxes with few strings — made them ideal for such work. Later in the 18th century, their special qualities of intimate expression came to be more appreciated, especially in northern Germany, and the instrument’s range — and case — grew. C.P.E. Bach’s favorite instrument was undoubtedly the clavichord, for which he specifically composed some of his finest pieces in Empfindsamkeit (“sensitivity”) style.