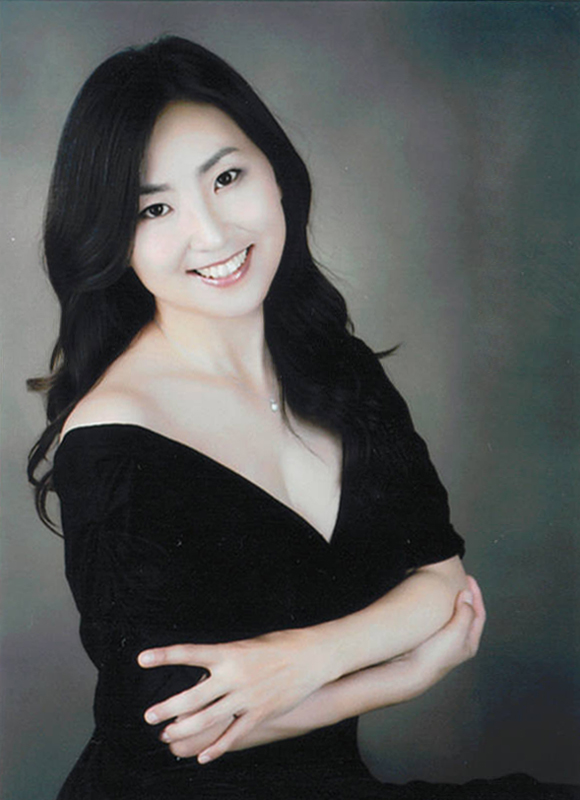 Jenny Soonjin Kim earned a Bachelor of Arts degree in Music Performance from Seoul National University, where she studied with Nakho Paik. She then earned a piano diploma at the Mozarteum in Salzburg, performing solo at the Wiener Saal. Upon returning to South Korea she was hired as a full-time piano instructor at Pyung Taek University. She has given numerous piano performances in South Korea, some in its most prestigious venues, including the Art Cultural Center and the National Theater.

Ms. Kim was a member of the piano faculty at Shepherd University (Los Angeles) from 2008 until 2011. In 2012 she completed her Doctor of Musical Arts degree in Historical Performance Practices (Keyboard Studies) at Claremont Graduate University (CGU), where she studied piano with Serge Martinchuk and harpsichord with Robert Zappulla. A recipient of CGU’s Grace Hobson-Smith music fellowship, Ms. Kim has appeared at CGU not only as a solo pianist and fortepianist but also on harpsichord, in both solo and chamber settings. She is intensely interested in performing on modern piano as well as historically authentic keyboard instruments such as harpsichord and fortepiano.